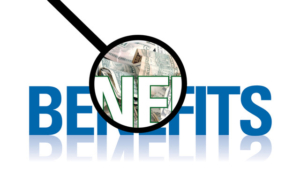 Your plan did not require an audit last year, but will it this year?  There are three criteria to consider when determining if your retirement plan will require an audit.  First, the number of participants as of the first day of the plan year.  Second, was your plan considered a large plan (>100 participants) or a small plan (<100 participants) on the Form 5500 in the prior year?  And finally, you must consider the 80-120 Participant Rule.

First, let’s consider active participants.  What does this mean?  It is a common misconception to believe this is only the number of individuals electing to make contributions to the plan during the year.  Let’s go straight to the source.  The filing instructions for the Form 5500 state that:

Finally, we can apply the 80-120 Rule and determine our audit requirement.  Again, let’s go straight to the source.  The filing instructions for the Form 5500 state:

Refer to the table below to determine our audit requirements.

For scheduling, or more information on EBP audits, contact our team at marketing@sstcpa.com. Our team of specialized auditors have the skills needed to serve you and your organization.